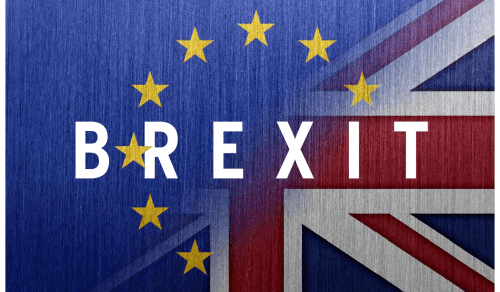 The United Kingdom’s departure from the European Union has encouraged at least 5,000 Britons to register in the province of Alicante over the last three years. The final data of the register as of 1st January, 2020, broken down by nationality, released this week by the National Statistics Institute (INE), lists 71,277 residents from the UK, 1,549 more than those at the beginning of the previous year and 4,880 more than at the beginning of 2017. There are actually more Britons who have registered on the municipal registries of inhabitants during this time, taking into account that there will also have been Brits coming off the database and the figure is a total balance.
The increase in UK citizens in the province is significant because it is by far the highest among any of the EU states, considering that this country was still part of the EU in the period to which the data refers. The groups of most nationalities have remained stable in recent years, or even slightly down, with such striking examples as the Germans and the Dutch, whose expats are particularly numerous in the province. The number of citizens from the eastern countries of the EU whose arrival is more associated with work reasons, such as Romania and Bulgaria, have not even grown, which makes this British immigration even more exceptional.
The most plausible explanation is, of course, Brexit, and more specifically its definitive entry into force as of 1st January this year. The British are no longer EU citizens, which in practice legally obliges them to be registered if they actually live in Spain. Otherwise, they could find themselves in an irregular situation, in addition to not being able to access such basic and demanded services such as health and social services.
This situation is not mandatory for people from EU countries and other states that are part of the Schengen Area, given the freedom of movement that exists under normal circumstances. This often leads many expats to avoid registering, even when they use public services. This has traditionally been an inconvenience for public administrations, especially for municipalities, which are the ones who directly serve these people and are funded based on the population numbers.
There has been a notable increase in the British enclaves in the coastal and pre-coastal municipalities of the province. In Benidorm it has increased by 476 people in one year, and by 897 since 2017. It has also grown in 2017 by 172, 88 and 72 people respectively, in Torrevieja, Orihuela and Xàbia, towns where Brit expats are traditionally more numerous. There are also similar growths in other municipalities such as Dénia, El Poble Nou de Benitatxell, Pilar de la Horadada, Catral, San Miguel de Salinas and Algorfa. However, there are also some exceptions, such as l’Alfàs del Pi and Rojales, where the number of British residents has actually decreased.

This website uses cookies to improve your experience while you navigate through the website. Out of these cookies, the cookies that are categorized as necessary are stored on your browser as they are essential for the working of basic functionalities of the website. We also use third-party cookies that help us analyze and understand how you use this website. These cookies will be stored in your browser only with your consent. You also have the option to opt-out of these cookies. But opting out of some of these cookies may have an effect on your browsing experience.
Necessary Always Enabled
Necessary cookies are absolutely essential for the website to function properly. This category only includes cookies that ensures basic functionalities and security features of the website. These cookies do not store any personal information.
Non-necessary
Any cookies that may not be particularly necessary for the website to function and is used specifically to collect user personal data via analytics, ads, other embedded contents are termed as non-necessary cookies. It is mandatory to procure user consent prior to running these cookies on your website.
SAVE & ACCEPT