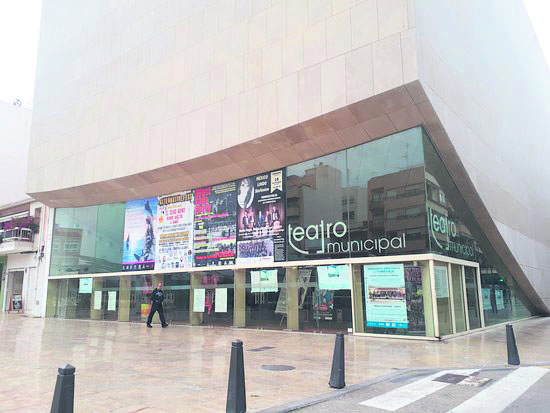 Torrevieja’s Municipal Theatre has reopened after a closure of over four years. The reopening was marked by the coronation of the Queen of Salt in advance of the town’s Patronal Fiestas (more information about the fiestas on page 8).
The reopening of the theatre was high on Mayor Eduardo Dolón’s list of election promises. The theatre had been closed down by the previous administration because of licencing issues but Dolón had always claimed that it could have remained open while the paperwork was regularised as it had been open for nine years previously.
Eduardo Dolón explained that the theatre was opened based on the provisions of article 10 of Law 14/2010 of public shows, recreational activities and public establishments. Specifically, the accreditation issued by the Administrative Certification Body (OCA), which is sufficient for the completion of the file and the opening of the venue. Throughout the closure of the theatre, the PP had always maintained that the Municipal Theatre did not require an opening license, and that certification issued by the OCA is a substitute for the license and allows activity to commence.
The mayor said that this opening procedure is fully compatible with the September 2015 communication from the Ministry of the Interior, since the theatre has never been formally closed. The final paperwork required to open the theatre was issued on November 19th.
In the meantime, the green party took legal action to try to prevent the reopening of the theatre.
€150,000 is being spent on repairs to the building including electrical work, plumbing, carpentry, lighting, maintenance and air conditioning.